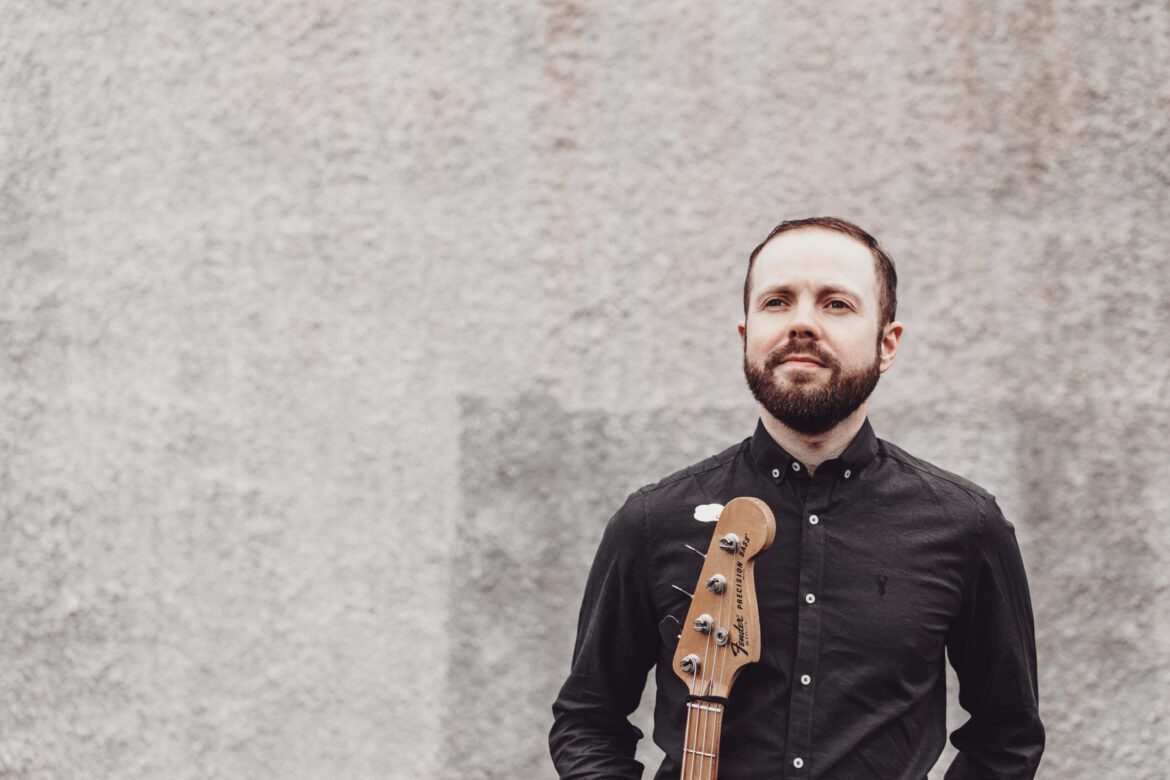 In 2017, critically acclaimed Scottish musician and composer James Lindsay kicked off his solo career with the release of his debut album, Strand, which saw him nominated for the ‘Innovation in new Traditional Music’ award. As a composer, James consistently breaks the boundaries of genre, sourcing from the vast pool of traditional Scottish music, injecting it with strains of contemporary jazz and progressive rock.

On April 26th, 2021, he released his second full-length album ‘Torus‘ and in the wake of this brilliant new release, we’ve caught up with James to get to know a bit more about him, his music and what the future might hold.

For our readers that haven’t yet discovered you, could you please introduce yourself?

Hello! I am a composer and bass player from Glasgow, Scotland. I play double bass full time with contemporary folk band Breabach and in my solo work I explore the fringes of folk, jazz and experimental rock music.

How did you originally become interested in playing music?

My first forays into music were playing in a punk rock band with my friends in high school. I quickly grew obsessed with the bass and everything music! I jumped on any opportunity I could, whether it was playing in school orchestra, local jazz groups or blues bands. After I moved to Glasgow for further study I became immersed in the folk and jazz scene there.

Your music has a deeply progressive feeling to it, implementing jazz, rock and ambient. How did you develop that sound and what inspires the compositions?

I’ve grown up listening to, playing and being around musicians from all these different styles and it felt sort of natural to bring them all together. My main aim is to find the common thread through the genres and to try and not force things to much…I like to see how a folk melody can expand off into improvisation or a prog-style riff can be inspired by rhythms from a traditional background.

Your new album, ‘Torus’, carries a lot of the same qualities as your 2017 debut album ‘Strand’, but I feel that your new album has a much heavier, epic sound whereas ‘Strand’ was more subtle and soft. How would you say the two albums compare?

With Strand I definitely aimed to find creativity within a more restricted format – seeing what we could do within an acoustic based jazz/folk group setting. On Torus I decided to throw the kitchen sink at it, coupled with lockdown and no real prospects of gigging the music I made the decision to go with a much more expansive studio album experience, bigger band and bigger sound.

How was the recording process of the album?

It was slightly tricky adapting to a new way of working! All the music was scored and mapped out ahead of going in to the studio. In advance of the session I had zoom calls with each musician and we went through the music remotely. When it came to actually recording each musician came in separately and layered up their tracks. Euan Burton who produced and engineered the record did an amazing job of bringing all the parts together and realising the sound that was in my head.

The track ‘Lewisian Complex’ is the only non-instrumental on ‘Torus’, featuring vocals by Deidre Graham. Is that something you’d like to explore more, using vocals in your compositions?

Deirdre did an amazing job on that track (you should check out her own album Urranta) and the words she sang were written by my friend Ewen Henderson to a melody I wrote. With most of the music I write I’m trying to capture some element of the Scottish tradition and with this song I wanted to have a flavour of the Gaelic Psalm Singing from the outer Hebrides. I’d definitely like to explore more vocal writing in the future!

There’s some interesting track names on the album and two stood out to me; ‘Skekler‘, ‘Jinibara‘. Could you explain a little bit about the meaning and how the title is reflected in the tune?

A lot of the time I stumble upon the name first which then becomes the inspiration for the music. In the case of these tracks; Skekling is a tradition from the Shetland Isles which takes place on Halloween and New Year. Children would dress in full costumes of straw (disguised supernatural beings called Skeklers) and pay visits to their neighbours, ritualistically banishing the winter. The percussion on the track to me sounds a bit like how I imagine they would have sounded moving around from the houses – I wanted the whole thing to have a slightly strange, unsettling atmosphere.

The Jinibara are an aboriginal people from Queensland, Australia. I have amazing memories of being at the Woodford Folk Festival which takes place on their lands.

How has the reception of the new album been?

I’m so delighted with the reaction to the music, I love that people are embracing the mix of styles.

The COVID19 pandemic has been a messy affair for musicians worldwide, but I gather that restrictions are lessening in Scotland and the rest of the UK. Are you excited to be able to get out performing again?

Things are easing slightly, but it’s still all a bit uncertain, as I write restrictions have just tightened in Glasgow again so that’s not so great. But I am really looking forward to getting out playing again, I have definitely cherished being able to be home for an extended period of time, but I definitely miss the buzz of gigs (as a performer and punter!)

What does the future hold for you as a solo artist?

As I mentioned before I’m not sure when I’m going to be out performing this music live – but until a time we can, I’ll be doing an online ‘album launch’ performance on the 26th May with some guests from the album. Going forward, we will see how things go once things get back to a bit of normality but I’m already working on ideas for album 3 and feeling inspired for the next chapter.

We’re always excited to know what people are listening to. What are some of your favourite artists at the moment? All genres welcome!

Thank you for taking some time out of your day to have a chat with us! Anything you’d like to say to our readers?

Just to say thanks so much to you Chris for taking the time to check out the album and for the opportunity to chat about it.  I hope your readers like the music! Cheers!

To purchase James Lindsay’s album ‘Torus’, click here
If you want to buy a ticket for the live album launch performance, click here (Streams on May 26th)