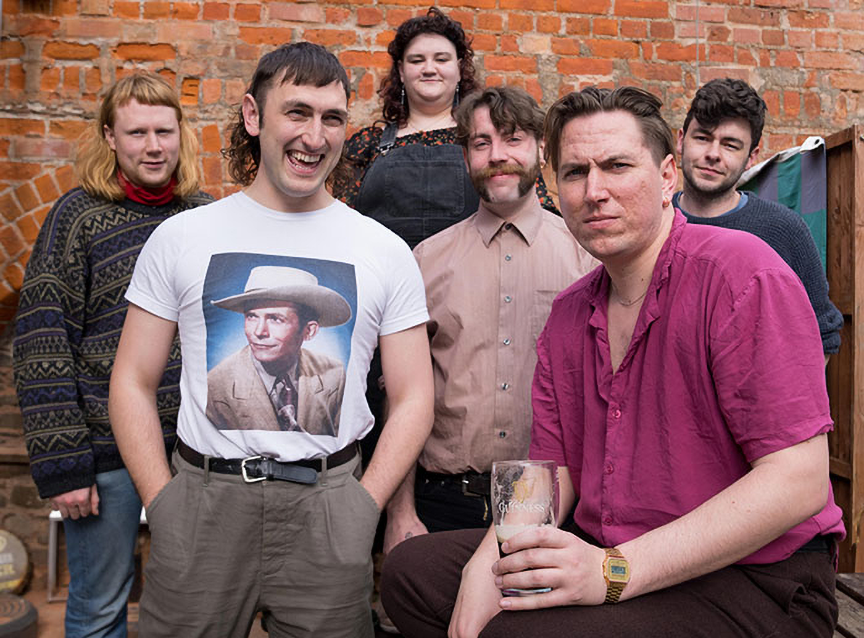 The Mary Wallopers is a folk group from Dundalk, Ireland formed in 2016. After a good three years of performing at smaller venues and no doubt having a bunch of drunken jamming sessions in sitting rooms, they took their first recorded footsteps into the Irish Folk scene in 2019, with the release of their debut EP ‘A Mouthful of The Mary Wallopers’. With folk greats such as The Dubliners and The Clancy Brothers as the bedrock of their musical ventures, there’s a deep appreciation for the musical traditions of Ireland in their sound, but in the same vein as The Pogues, they are first and foremost performers. Wallopers want their music to be relatable and relevant, and to speak to the human condition, and as a result they’re not afraid to shy away from trad purism, embracing a decidedly more folk punk adjacent ethos.

Their latest self-titled full length has recently dropped, on October 28th, and we’re excited to be able to share a track from it. Here’s ‘Cod Liver Oil and The Orange Juice’