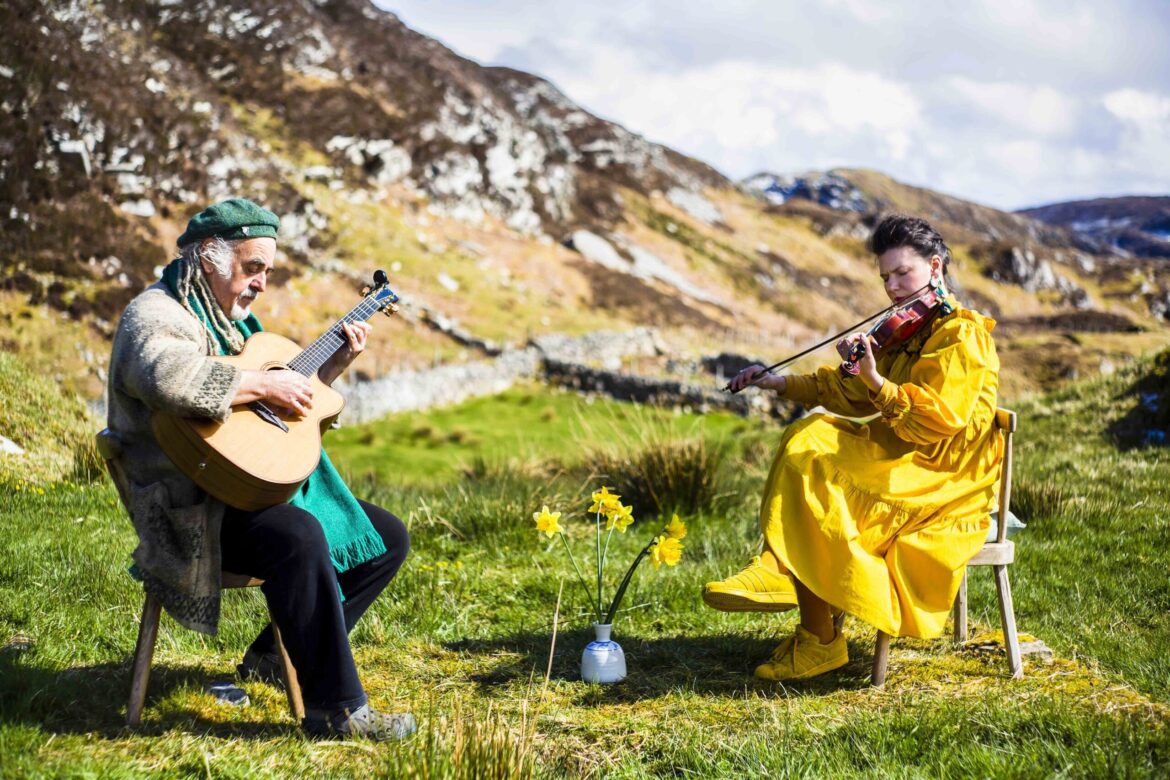 Clare Sands is an award winning Irish singer-songwriter and multi-instrumentalist. Born in Cork, in the Southwest of Ireland, Sands took up the fiddle at the age of three, learning tunes from her father.

In recent years she has made quite the name for herself on the Irish folk scene with her energetic, soulful fiddling and gravelly singing voice – often incorporating elements of jazz and indie. In 2016, she released her fully self-composed debut album ‘Join Me at The Table‘, rousing a great response from critics. The album was followed by a five track EP, ‘The Basement Sessions‘.

Sands latest single, ‘Abair Liom do Rúin‘, featuring Steve Cooney and Tommy Sands, is the follow up to the single ‘Carry My Song‘ from her new four-part series ‘Tírdreacha agus Fuaimdreacha’. The series span over four seasons, in the four provinces of Ireland, exploring the nooks and crannies of the island’s sights and sounds, whilst breaking the boundaries of Irish music in an inviting, invigorating way.

“We wrote and recorded the song over three days and nights by candle-light to create a mantra that growls from the belly and sings from the heart, ‘Tell Me Your Secrets’ (Abair Liom do Rúin) is a transcendent, traditional trance-like ode to Spring that pulsates and captivates the young and the old, pulls and pushes the brave and the bold.”

LISTEN: “Light of the Moon” from Carolina...