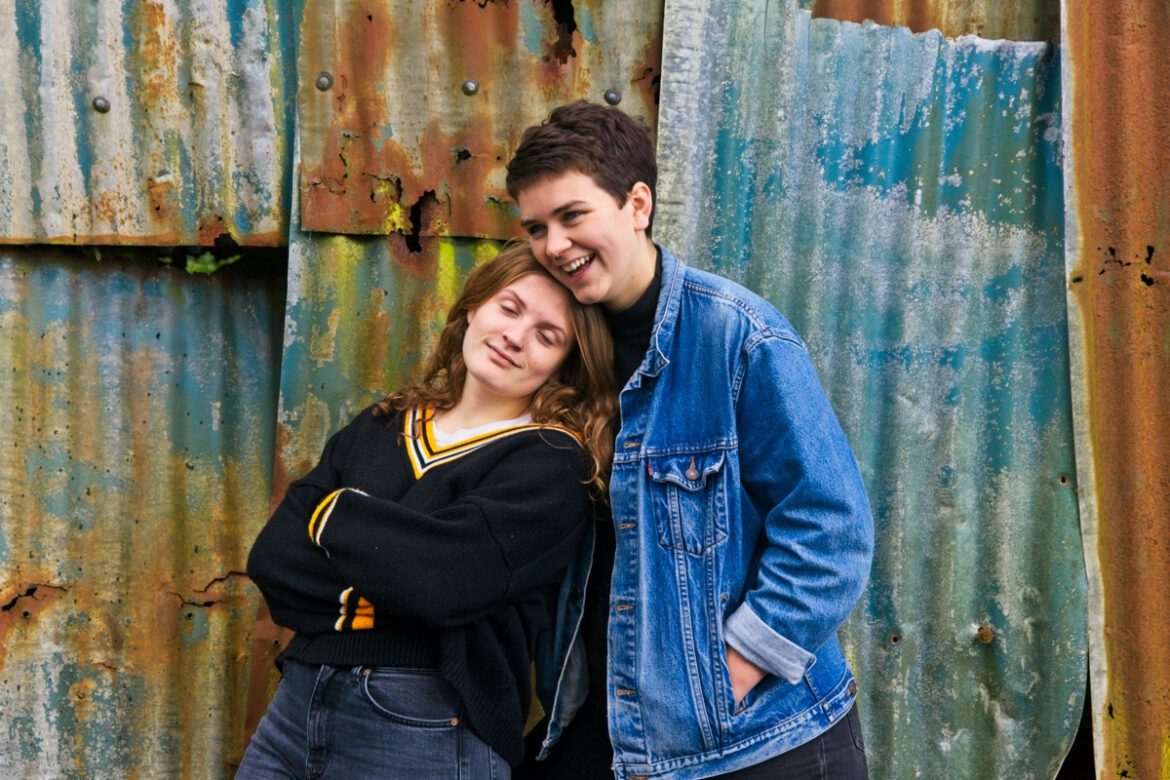 Les SalAmandas is an Irish-French indie folk duo consisting of Julie O’Sullivan (IE) and Colyne Laverriere (FR). The duo was formed in late 2018, when Julie and Colyne met in Ballydehob, Cork. Their signature sound, deeply rooted in indie-folk, with simple guitar arrangements and gentle vocal harmonies landed them their live debut at the award-winning Irish venue, ‘Levis Corner House‘ in 2019.

Having spent the last few years making a name for themselves on the emerging youth folk scene in Ireland, the logical next step for the duo was to get into the studio, and after eighteen months of songwriting and collaborating with artists locally and nationally, they’re finally able to release their first single, ‘Now Is The Time‘, from their upcoming full-length.

But an album on the horizon is not all those last eighteen months had to offer, as the pair was given the opportunity to perform on the acclaimed Irish folk singer Ger Wolfe’s new album ‘The Morning Star‘. This was followed by an invitation to perform a livestream gig through award-winning, double-platinum selling Mick Flannery’s social media pages, and last but not least they were one of four Irish Artists invited to perform a set at ‘Folk Alliance International‘ in February 2021.

“The song was written just after the second lockdown started. I think the message we tried to share through the lyrics is that we never know what will happen in the future and we should enjoy life as much as we can, seize the moment, no matter what happened in the past, and make the most out of it.”