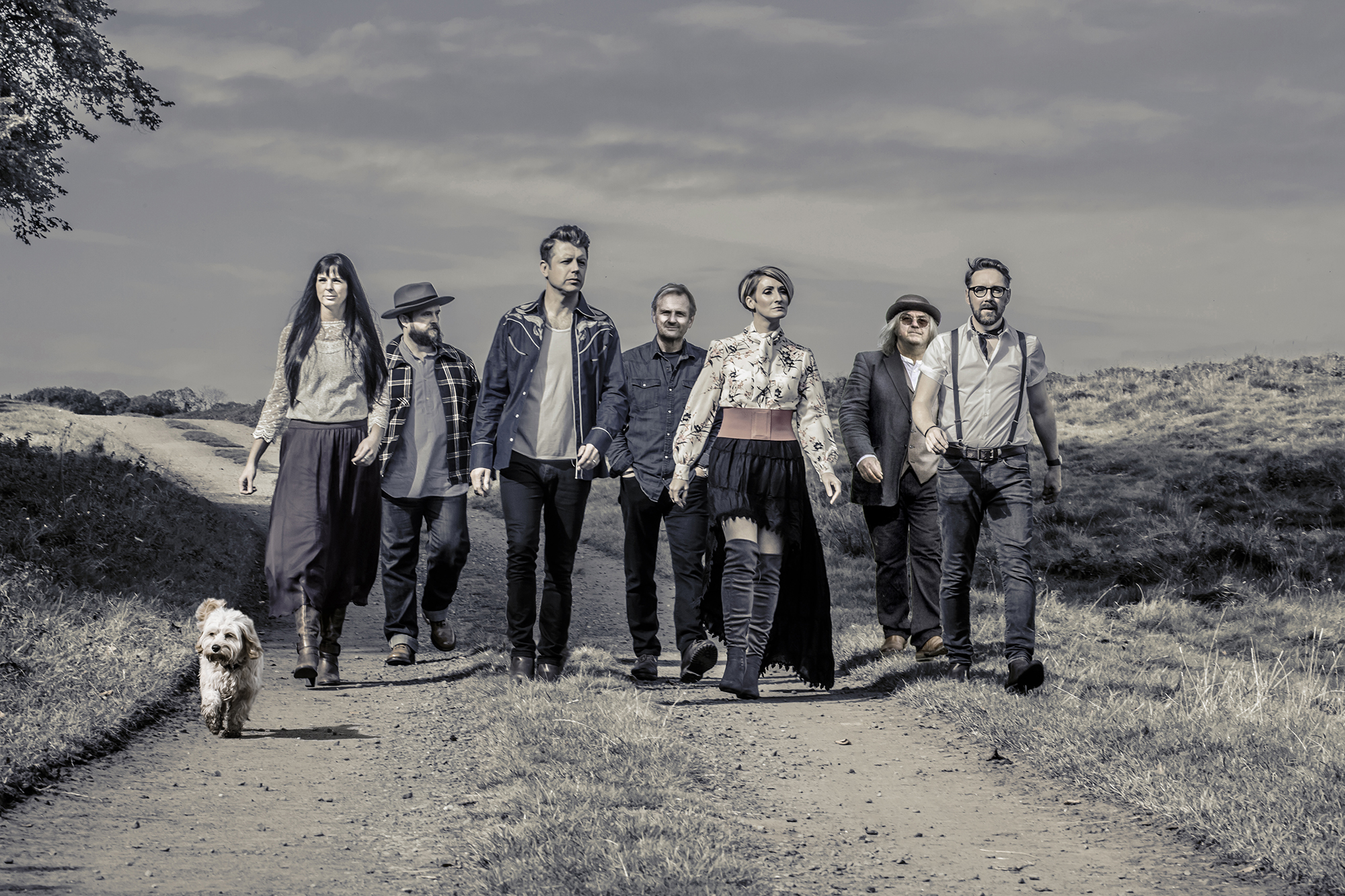 Fine Lines is a British Americana band founded by singer-songwriter David Boardman in 2016. Drawing inspirations from artists such as Bob Dylan & The Band, Mercury-era Rod Stewart and Bruce Springsteen, the group carries on the electrified roots of the 60’s and 70’s folk revival, with a hint of contemporary alt-country.

Their debut album, ‘Hour of Need‘, was released back in 2017, followed by their second full-length ‘Gaslight Roses‘ in 2019. In between releasing records, Fine Lines have been establishing a name for themselves as a national Folk Rock staple, performing with well known British acts such as Razorlight, Texas, Merry Hell and Miles Hunt of The Wonder Stuff.

Their new song, Del Rio, is the first single from their upcoming third full-length due to be released in September.

“Del Rio was written in Spain by front man, David Boardman, featuring lyrics penned almost 30 years ago by drummer, Mark Radcliffe. The song was inspired by Mirador del Rio, a scenic spot in Lanzarote, but evokes the southern vibes of the American city of Del Rio in Texas. The accompanying music video was shot recently on the beach at West Kirkby, in the Northwest of England, by Neil McCartney of folk rock band, Merry Hell“

To stream their new single ‘Del Rio’, click here
Alternatively you can visit their storepage here to purchase their albums